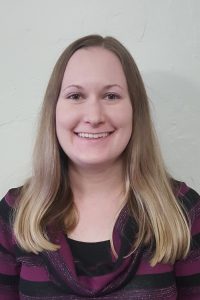 Her Mission
Cathleen J. Henniges, formerly Cathleen J. Smith, was admitted to the practice of law in 2014 and is committed to maintaining the firm’s high standards for quality legal representation.

Personal and Professional History
Cathy was born in Tucson, Arizona, where she has lived her entire life. Cathy graduated as a top ten student from Mountain View High School, and continued her education at The University of Arizona where she was admitted to the Honors College as well as to the prestigious Eller College of Management. Cathy pursued a double major in the fields of Business Economics & Business Management and in 2011 was awarded a Bachelor of Science in Business Administration With Honors & Summa Cum Laude. In 2011, Cathy was admitted to the distinguished James E. Rogers College of Law at the University of Arizona where she was honored to work as an Editorial Assistant to Professor of Law William K. Sjostrom, Jr. to assist with editing his publications on Mergers & Acquisitions and Business Organizations. While in law school, Cathy focused on business and tax matters, writing her doctoral thesis entitled “A Comparative and Practical Analysis of Arizona Limited Liability Companies for Asset Protection.” In 2014, Cathy was awarded the degree of Juris Doctor Cum Laude. Cathy has worked at her father’s law office all of her life, advancing from a junior administrative assistant, legal assistant and law clerk while attending law school. In October 2014, Cathy joined the Law Offices of Charles R. Smith, PLLC as an associate attorney. Cathy married Alex Henniges in August 2015, and they have two daughters.