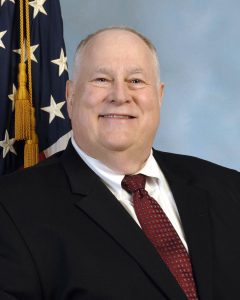 His Mission
Charles R. Smith was admitted to the practice of law in 1987 and has since that time sought to provide sound advice and quality representation to his clientele. Among his goals are to put the interest of the client first and to empower the client with valuable and relevant information whenever possible.

Personal and Professional History
Charles was born in Winona, Minnesota, where he spent the majority of his youth. Following a family move, he attended high school in Amarillo, Texas and began his college education at West Texas State University in Canyon, Texas. Charles married his high school sweetheart, Carol, in 1980 and they relocated to Oklahoma shortly after. Charles worked at his family’s apple and peach orchard while attending East Central University in Ada, Oklahoma. In 1983, Charles graduated with high honors from East Central University, majoring in accounting. Following graduation, Charles and Carol moved to Tucson, Arizona in order to be closer to Carol’s family while Charles studied law. Charles attended the University of Arizona College of Law where he obtained a Juris Doctor in 1986. After working for two different law firms and having two children, Charles opened his doors as a sole practitioner in 1991.

Charles is proud to serve as General Counsel for the FBI National Citizens Academy Alumni Association (FBINCAAA) (December 2017 to present).  Charles also is pleased to serve on the editorial board of The Writ, the official publication of the Pima County Bar Association (January 2016 to present).

The FBINCAAA is a nonprofit organization separate and apart from the FBI.  The organization supports local, state and federal law enforcement through community engagement, education and outreach, with primary emphasis on being a partner to the FBI in connection with its community outreach.  The FBINCAAA is comprised of more than 42,000 community and business leaders who are dedicated to making our neighborhoods safer and serving as volunteers in 60 chapters around the nation who graduated from the FBI’s Citizens Academy program.

As General Counsel, Charles serves in an advisory capacity to the FBINCAAA Board of Directors, and additional serves on the Governance Team which provides oversight and assistance to all local chapters.

In addition to current service to the FBINCAAA and The Writ, Charles has received many honors and accolades during his education and throughout his career. Charles was honored with the distinguished graduate award from East Central University, a bar service award, and an outstanding pro bono attorney award from the Pima County Bar Association. Charles is also a life member in the National Registry of Who’s Who. In 2018, Charles received the prestigious Albert Nelson Marquis Lifetime Achievement Award from Marquis Who’s Who.

Charles has previously served as a treasurer and director of the Young Lawyers Division of the Pima County Bar Association, as well as an active participant on the Membership and Membership Benefits committees of the Pima County Bar Association. Charles also served as a member of the State Bar of Arizona Committee on Rules of Professional Responsibility and is a member of multiple sections of the Arizona State Bar and American Bar Associations. For many years, Charles was a member of the Southern Arizona Legal Aid Bankruptcy Task Force and continues as a volunteer lawyer for Southern Arizona Legal Aid.

Charles and his exceptional staff remain devoted to Charles’ goals and ideals and, in doing so, to further the interests of our clients as best we are able.

Additional Information
Charles and his exceptional staff remain devoted to furthering the best interests of our clients.

Further information about Charles R. Smith may be found on the following websites: